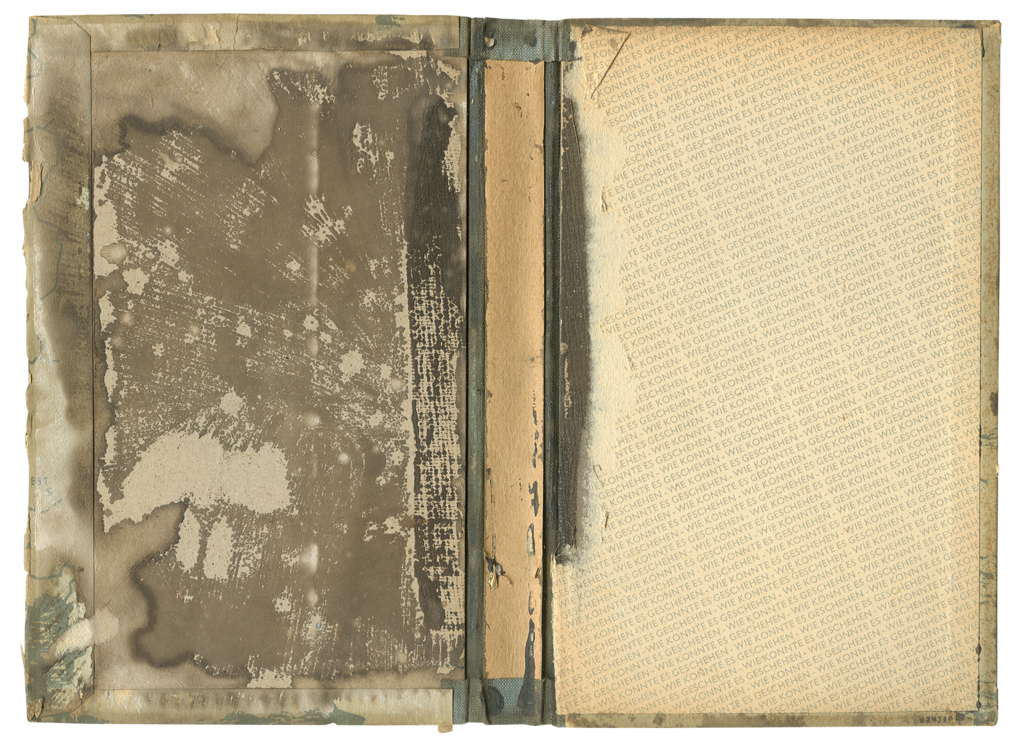 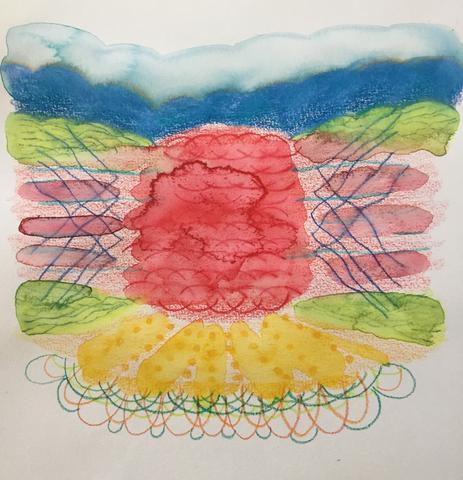 “I was floating through a space that was completely new to me. It didn’t feel like I was in the room. There were no boundaries. I saw different colours & patterns, I felt I was moving through a tunnel at first, seeing a bright spot of light ahead but never reaching it. When I first arrive, I was feeling very tense, after the light session, I felt very calm after.”
Min Wei, Mongolia/Singapore 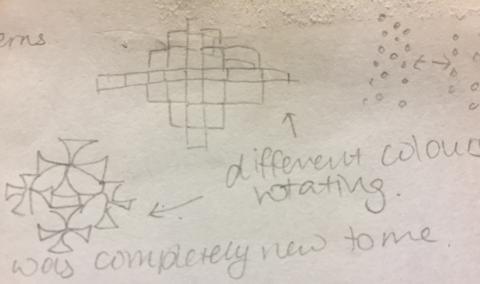 “I felt very relaxed, my headache was gone & I feel that life is meaningful. I saw colours jumping up & down. I almost fell asleep. I am happier and very grateful to Dipa. Dipa, thank-you very much!”
Jenny, Singapore

“I saw many different images. I was standing in a field & saw many white flowers floating up into the sky, it felt good & fresh. Then appeared a man in a black suit & a pregnant woman cooking, somehow, I had an overall fresh & warm feeling.

Then i was in a huge dark room & a kind of large hero figure opened the door & let the light in. I felt extremely happy. 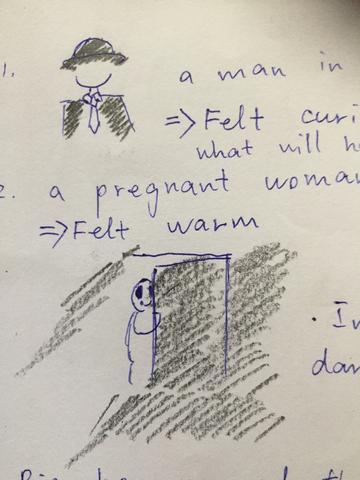 I also saw a large wave on the surface of the sea & it turned curiously into icy wave & I was transported to the ice age period. It was a wonderful scene as I love the sea.

At one point, I was in the middle of the universe and I saw a light planet rise up. It felt very hopeful. I saw lots of dark orange and blue patterns as well as many different patterns of butterflies. 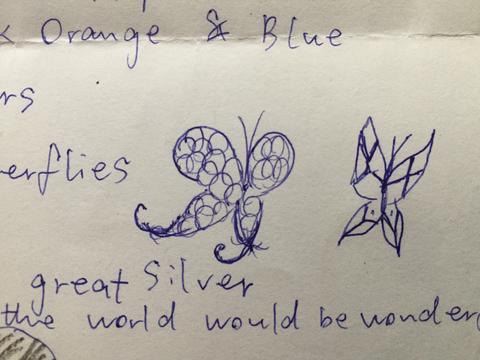 It felt like a wonderful world and at different points, Jesus was around too, to guide me. I felt very positive energy and feel thankful towards Him. “
Pam, China 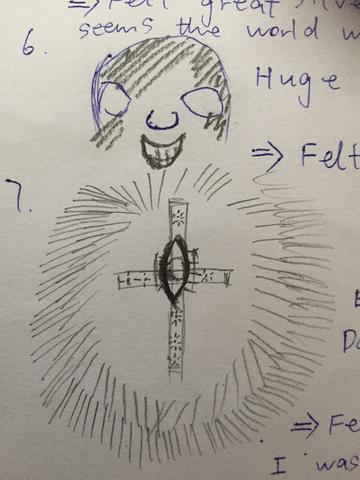 “I saw a road and it was flashing in different colour combinations…I also flew through a worm hole full of geometrical patterns. I vividly remembered being a bird-like creature throughout.”
Natalie Lee, Singapore

“With my eyes closed, I could see the curtains in the room and it transformed into a desert type area with a castle and starry night. I saw many colours, orange, purple blue, pink an all rainbow colours. I also saw ripples, shapes and patterns zooming in and out. I felt as if I was in Pure land or heaven alone, I felt completely at peace.”
Leelee, Singapore

“I saw alot of cubic shapes, each kept transforming into pyramidal forms or diamond shapes. There was also floating sensations. Then there are cartoon images, of a horse in a big field..”
Aditi, India

“There were very bright colours, mainly different shades of blue and red, kaleidoscopic feel-like image. First with very clear geometrical shapes, then the borders blurred and it became just colours. The feeling I had was ~ WOW, How Beautiful!!”
Sveta, Ukraine.

“I saw a series of flashes, blue and then a rainbow of different colours and shapes. This pattern repeated in an A, B, A, C, A, D…manner. The B, C, D etc were all different, but they all had a similar ‘backbone’. I felt relaxed and excited for what would come next.”
Anna Sofia, Finland

“As soon as the light came on, I felt I was home. I was teary-eyed and felt much lighter after the session.”
Lianne Chua, Singapore

“I saw lots of geometrical patterns, squares and circles, I was spinning clockwise and anticlockwise and all over, same as in past life regression, it was an intense speed but I loved it. There were also tunnels, I felt bliss, joy, happiness, deep peace, awe, wonder and beauty. At some point, i fell into a deep sleep. I discovered that the tool I needed for my current work was: Love. After the session, I felt immense space within me.”
Pauliina, Finland

“I was deep under the sea and I saw a very colourful heart in the middle…..then a shadowy figure came (my guide) and hugged me, i was also surrounded by a group of people, one of them was my mother. I felt very blissful, calm and at peace within.”
Sindy, Chin

“I felt weightless and I felt like I was in another dimension and space. Nothing seemed to matter so much anymore.”
Asya, Ukraine

“I realised I did not have any thoughts in my mind and also felt really sleepy. I saw a white light which changed into different patterns and colours. Then a very beautiful blue and violet phoenix appeared, swirling and flying around. At first, I didn’t know what it mean, it was until a few days later that it all clicked. I realised it was actually my animal guide ~ a reminder about my inner rebirth and renewal of the circumstances I am facing in my life right now.”
Ritesh, India

“It was a very calming and touching experience…my heart felt connected….at one point, even though it was my ‘eyes’ seeing the light, I had the sensation that my third eye opened….the music also gave me a sense that my animal guide was around…I was tearing, it felt very real and I felt very connected to the whole.”
Seow Yuin, Singapore 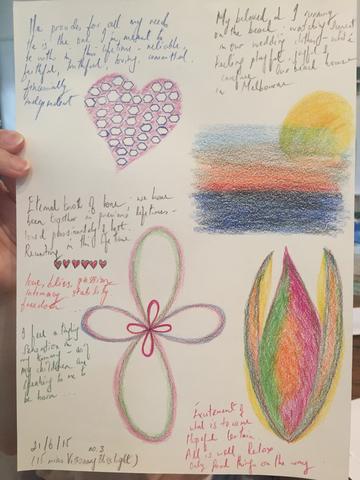 “It was all grey at the beginning, I could only see weak flashes of light…It was sad, but I accepted it, deciding maybe I needed this experience…… I do not remember if it happened at the moment of acceptance, but suddenly a lot of colorful lights came upon me.

It is hardly possible to describe how it looked, as it was more about feeling than seeing… The light had a physical structure and I was feeling its weight as if it was covering me… I felt how the whole room was filled with this light substance.

It had fluorescent colors, very bright. The patterns were amazingly beautiful, but there was not any familiar shape or visual in it

– i never saw such patterns in the real life… The only exception were eyes from peacocks feathers that appeared from time to time in the patterns.

The energy was so powerful that it did strange things to me – i was swirling with this light, it was coming upon me with full weight and suddenly it pushed me so strongly that I started feel as if i was falling on my back. It was so unexpected and the falling was at very high speed – i actually had to hold onto the bed to feel where I was:)

… My emotions were highly intense, what I was experiencing was so beautiful, powerful and incredibly joyful.

thought – wow, this is probably how you feel in Heaven. This thought was funny as I always thought that Heaven is peaceful and tranquil.

When my feelings were at the highest peak, so intense that it seemed I cannot stand it anymore – I felt as if the light was giving me a break for few moments with soft greyish colors and then it would start its whirls and joyful tricks again…

It was something like being on a roller-coaster, very extreme one and very exciting…
After this amazing experience I feel full of energy and joy.”
Sveta Danilova, Ukriane

“It was a surprisingly unexpected amazing experience! I saw a whole lot of interestingly amazing colours and I was zooming through space. I also saw a silhouette of an angel and what seemed like Jesus jumping off a cliff, but not in a scary way. There was a crazy amount of geometric honeycomb-like designs and at one point, I saw a diamond that was red and black. I was enjoying flying through the mass of colours.”
Josh Row, Singapore 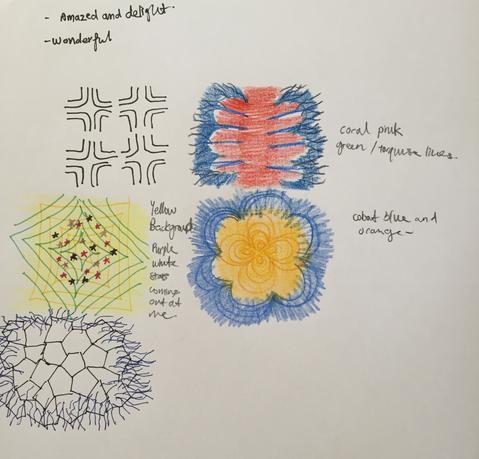 In my first session, i saw very surprised and felt a sense of curiosity to see various colours and geometric shapes, ripples and butterflies.

In my second session, the rainbow coloured shapes and patterns came in 2 and 3 dimensional form. i was feeling really peaceful and great! In my next session, i was very excited and sometimes mildly giddy because of the visual ‘motion’, but overall, really very relaxed!
Julia Kong, China

There were lot of moving purple, orange, yellow and red shapes and symmetrical patterns. I could see the room with my eyes shut and that was fun. I saw a bee fly into the room and subsequently visited other rooms that I was unfamiliar with. Overall, a very pleasant experience.
Dylan Lee, Singapore

***You may use the $30 as a rebate if you wish to sign up for subsequent sessions after, so your first session will actually be FREE!***

Includes, settling in and integration time.

For best overall integration, The Visionary Light & Sound paid sessions will be done in these stages:

Contact to arrange a date and time best suited for you.
New art students signing up art packages at The Visionary ART Workshop receive 3 free 10 min sessions. Upon request only.

Payment to be made in advance to secure your slot.

Rebate to be claimed within 30 days.

Cancellations are non refundable but transferable.

Suitable for all ages

We caution use by epileptics and people with extreme light sensitivity.

A safe, passive and non-invasive guided journey using a revolutionary state of the art technology involving light and sound to help you to give your chattering mind a rest, to relax, tap into your creativity, your true inner world. The light and sound meets you where you are at.
“If there is no meditation, Than you are like a blind man in a world of great beauty,light & colour.” J. Krishnamurti

How Does It Work?

The Visionary or Ajna Light works through visual brainwave entrainment using very
powerful strobe light effect. The photic-sensory information induced from the Visionary
Light stimulates the cerebral cortex through the thalamus affecting brainwave activity.
The specific light sequences are designed to guide you into selective meditative,
creative & highly relaxed states of Consciousness.
The Ancient knowledge & understanding on the power of light & sound to produce raised
states of consciousness have been well documented since the first forms of human culture
Ancient rituals & ceremonies use the combination of light & rhythmic sound,
as guides into shamanistic meditative states where one may experience the Divine.
Traditional spiritual wisdom from Toaism, Ancient Egyptians &Ancient Greeks hold
common views that the last stage & highest levels of spiritual achievements are
through the process of transmutative light or “light alchemy”, hence the etymology of enlightenment.
200. A.D Ptolemy studied the flickering light effect phenomenon by natural sunlight shining
through a spinning wheel. He found that colours & geometric patterns appeared in the eyes
of the experiencer along with feelings of euphoria. French psychologist Pierre Janet, one of
reported a “rescripting” procedure, noted that the first who the clinical patients at
Salpetriere Hospital in Paris experienced reductions in hysteria & increased relaxation when
exposed to flickering lights.

*Deep relaxation of your 3 bodies: Physical, Emotional & Soul
*Inner visions
*Creativity
*Clarity of mind & emotions
*The colours of your inner world
*Your inner wisdom & intuition development.
*Better sense of connection with a larger reality.
*Centering & Inner Calm.
*Creating balance in your life.
*The experience of detachment & letting go.
*Increase in quality sleep.
*Inner contentment, bliss & happiness.
*A deep remembering of who you really are.
*Effortless relaxation or meditative states.
*Regeneration of cells.